When we are decorating the restaurant, many people like to install air conditioners in the restaurant, but because of the limits of house design, it has no space to install air conditioners, so installing a fan light in the room is also a very good choice. It can not only illuminate, but also let us blow the fan. The fan light is one of the choices. What is the function of the fan light? 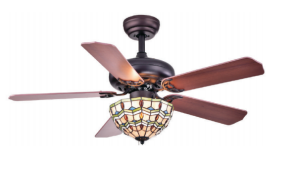 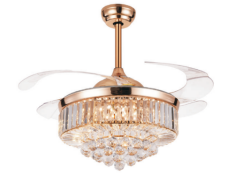 The role of fan lights

Since Taiwan began to produce ceiling fans more than 20 years ago, thousands of styles have been sold on the market, ranging from single color to colorful. The styles are ordinary cas-shaped, Victorian style, unique Italian style, European classic style, and luxurious. , The magnificent ancient Roman style, the mysterious ancient Greek sentiment, the modern simple and generous style, etc., designers from all over the world show the various artistic styles vividly in the ceiling fans.

Energy saving: With the trend of global warming and environmental protection and energy saving, the use of high-power appliances such as air conditioners is increasingly restricted. An air conditioner is equivalent to the power consumption of 20 ceiling fans. Fans are used when the temperature does not exceed 30 degrees. It can completely achieve the effect of cooling and driving heat. Among all fans (table fans, vertical fans, ceiling fans, etc.), only the ceiling fan lights generate the largest amount of air under the same power. (The air volume is the product of wind speed and area equivalent to water The flow rate is the same), so the United States recommends the use of energy-saving appliances such as ceiling fans. Moreover, it was found that the use of ceiling fans with air conditioners can reduce the load of air conditioners, and also prevent the temperature difference in the room from causing colds, and the comfort level is quite good.